Treatment Trends For Type I Diabetes 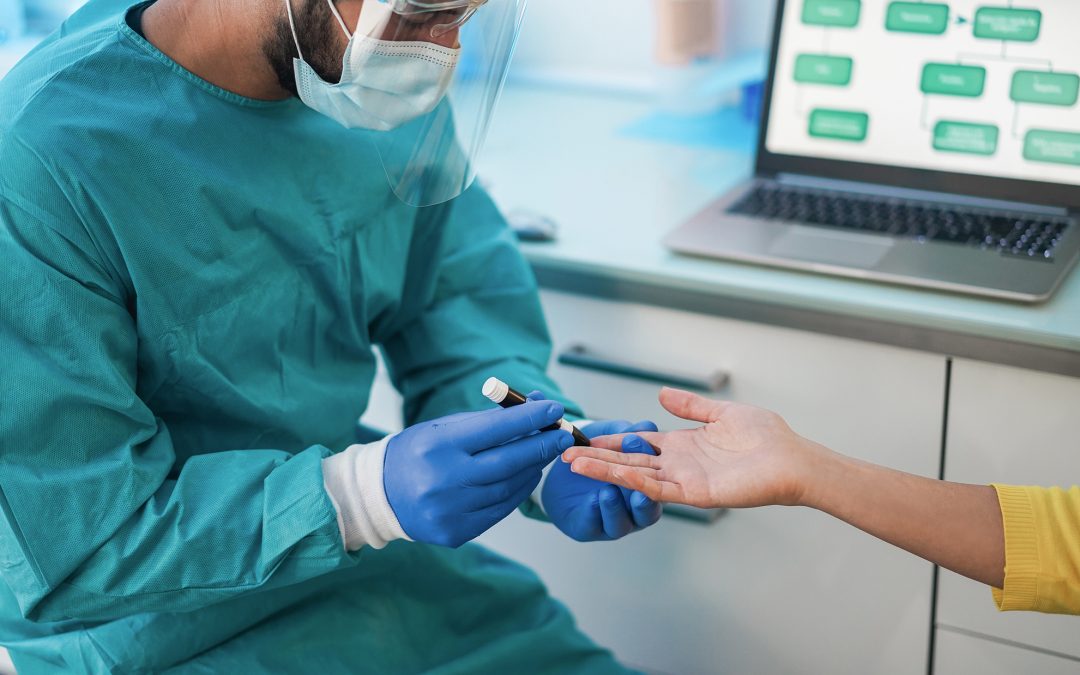 The number of type I diabetes (T1D) patients is over 30 million, globally, and over 100 million people are insulin dependent today. The current standard of care for T1D requires lifelong daily insulin injections and is still accompanied by long-term health issues such as cardiovascular disease and nerve damage. Insulin delivery and combating autoimmunity are the main challenges in finding a cure for T1D. On the insulin front, long acting insulins have been developed that allow a single dose per day, the development of a fully automated “artificial pancreas” promises take the burden of insulin shots off the patient, and cell and gene therapies that create insulin secreting cells inside the patient’s body, thus curing them at least for a time, are in clinical trials. Combating the underlying autoimmune disease that leads to T1D is further from success, however some promising clinical trials are underway such as for Teplizumab. A cure for T1D is now more than speculation, but within grasp. Only a multidisciplinary effort combining elements from engineering, oncology, virology, immunology, as well as cell & gene therapy, all under the umbrella of regenerative medicine can break the final barrier, the underlying autoimmune disease

Globally, around 10% of diabetes cases are type 1 (T1D); nearly 1.9 million Americans, including about 244,000 children and adolescents. Between 10% to 25% of people with type II diabetes (T2D) and all those with full T1D are dependent on insulin, with roughly 8.3 million American diabetics dependent in total. Around 20% of insulin users wear an insulin pump.

Type I diabetes also known as juvenile diabetes is an autoimmune disease thought to be primarily mediated by T-cells (a type of white blood cell) that results in the destruction of pancreatic beta-cells which produce the body’s insulin hormone. Insulin induces the uptake of glucose by adipose tissue (fat cells) and skeletal muscle. Lack of insulin results in hyperglycemia (higher than expected blood glucose). The three major symptoms of hyperglycemia are frequent acute, hunger and thirst, and increased volume of urination. If untreated coma and heart attack can result.

Standard treatment is daily insulin injection via needle, pen, or pump. Even so, this does not perfectly regulate blood glucose levels and over time people with type I diabetes can develop problems with their feet associated with reduced circulation and nerve damage. Cardiovascular disease, retinopathy (eye damage), general nerve damage, kidney disease, and sexual dysfunction are also major problems.

Unmet medical needs associated with T1D therefore include improved insulin administration for accuracy and convenience, which would help patients to comply fully with their treatment regimen. Fully automated systems, such as the artificial pancreas could help drive down the costs of treatment and provide enhanced compliance. Cell and gene therapies potentially provide the ideal solution, however the associated costs are much higher. Methods to protect insulin secreting cells from autoimmune attack are also needed.

Prevention could be better than cure. Teplizumab is a humanized anti-CD3 monoclonal antibody that is being evaluated for treatment and prevention of T1D. It works by blocking the activity of T-cells. A phase 2 study showed that teplizumab could delay the development of diabetes in family members of type I diabetics showing signs of progression towards diabetes by about two years after a single treatment.

Insulin that could be taken by mouth instead of by needle would be a new innovation that could help make it easier for patients to maintain compliance and stabilize their insulin levels. Oramed Pharmaceuticals’ ORMD-0801, an oral insulin, is currently undergoing phase II clinical trials in patients with type I diabetes.

Insulin is a peptide that is normally broken down into amino acids in the digestive tract. POD™ (Protein Oral Delivery) technology was designed to 1) protect orally delivered proteins and peptides from break-down; (2) enhance their absorption across the intestinal wall. This is achieved with a specialized capsule coat, protease inhibitors, and an absorption enhancer.

Long-acting insulin analogs such as Lantus, Levemir, or Humulin allow T1D patients to take insulin only once a day, a great convenience compared to regular insulin. Complementary to advanced insulin analogs, the artificial pancreas is not a replica organ; it is an automated insulin delivery system designed to mimic a healthy person’s glucose-regulating function.

The US National Institute of Health (NIH) launched a $20 million program to fund artificial pancreas clinical trials in 2014, which was renewed in 2019. It is expected that an artificial pancreas device will reach the market by 2030. Underlining the fact that insulin is here for the long term, in March 2019, Novo Nordisk announced a plan to invest about US $ 98 million to upgrade and expand its insulin drug manufacturing facility in Kalundborg, Denmark.

That said, the next generation of gene and cell therapies aim to restore glucose sensitive insulin secretion in type I diabetics and thus eliminate insulin dependence, the need to take insulin, and long-term complications. A success in cell and gene therapy for T1D could render insulin obsolete in areas of the world with a high price tolerance.

Cell therapy offers much promise but has yet to prove it can overcome certain obstacles. It is based on replacing the destroyed beta-cells with either mature donor cells or (theoretically) autologous cells generated from the patient. In order to succeed these therapies need to address the underlying immune disorder as well. Such strategies could involve agents like Teplizumab and cell encapsulation technologies.

Despite these hurdles the initial beta-cell transplantation method has been proven effective. Human embryonic stem cells (from donors not the patient) have been used to generate insulin secreting beta-like cells. In December 2020 Procyon Technologies LLC entered into an exclusive research collaboration and license agreement with Novo Nordisk A/S to develop an implantable cell encapsulation device to be used in Novo Nordisk’s development of a stem cell-derived insulin-secreting treatment for Type 1 diabetes.

Recently, according to Sarah Linklater, chief science officer at the Juvenile Diabetes Research Foundation, Canada, several “very, very promising” biomedical trials suggest that a full cure for T1D is in sight. In these trials, the function of a patient’s pancreas is replicated by implanting functional insulin-producing cells. The companies behind these clinical trials, ViaCyte and Sernova, are conducting them in Vancouver, Edmonton and Toronto.

ViaCyte has engineered their insulin secreting cells that avoid triggering an immune response. Sernova has taken a similar approach as Procyon Technologies and has developed a cell pouch device, which creates an organ-like environment that functions like a mini pancreas.

In addition, looking further into the future, T1D patient-derived induced pluripotent stem cells (iPS) have been generated from skin biopsy fibroblasts and insulin-producing and glucose-responsive beta-like cells have been differentiated from these cells. These methods used minicircle DNA vectors, that lack any bacterial or viral sequence, for eukaryotic cell transfection. In contrast to standard vectors, transgene expression from minicircles can be sustained for weeks. They also have the advantage that they do not integrate into the host cell genome which eliminates concerns of tumourigenic insertion events.

Minicircle vectors have been used to generate iPS cells. This provides a basis for the development of treatments for type I diabetic patients based on transplantation of beta-like cells differentiated from these minicircle generated, patient derived iPS.

On the other hand, gene therapy offers a potentially less complicated method than cell therapy to restore glucose regulated insulin secretion in T1D patients. Furthermore this approach has proven effective in the long term. Diabetes was reversed for greater than 4 years in a large animal model; induced diabetic Beagle dogs.

Callejas et al. targeted skeletal muscle for insulin production. Insulin stimulates both the translocation of GLUT4 to the plasma membrane and the activity of hexokinase. Glucokinase is analogous to hexokinase, is more constitutively active but requires a high glucose concentration for maximal activity.

In the Callejas et al. study both insulin and glucokinase driven by constitutive promoters were delivered to the dog’s muscle by injection of adeno-associated viral vectors. In these animals hyperglycemia was eliminated and remained so for greater than four years, until the end of the study. There was no evidence of diabetic complications in these animals.

The authors aim to replicate these results in pet dogs and eventually human clinical trials. If successful type I diabetes could be treated with a one time procedure that would afford long term protection from diabetic complications.

The liver is an attractive target for type I diabetes gene therapy due to its relative ease of targeting with non-viral vectors in animal models (hydrodynamic injection) and the fact that hepatocytes (liver cells) have an active protein synthesis and constitutive protein secretory mechanism, as well as the ability to sense and metabolically respond to changes in ambient glucose levels.

In a recent study minicircle DNA containing a modified insulin gene to facilitate liver processing under the control of glucose response elements was administered to chemically induced diabetic rats via hydrodynamic injection. Hyperglycemia was eliminated for a month following the initial hydrodynamic procedure. This approach is attractive as it is potentially very safe with no DNA integration and no bacterial or viral sequences to trigger immune response. However, an improved delivery method based on the mechanism of hydrodynamic injection needs to be developed for application to patients in the clinic.

The endocrine K cells of the gut are also an attractive target as they are glucose responsive and secrete the hormone glucose-dependent insulinotropic polypeptide (GIP) in response to glucose in a temporal pattern very similar to insulin. It has been demonstrated that when the GIP promoter is used to drive insulin expression and introduced into the pronuclei of fertilized mouse embryos, the transgenic mice that are generated express insulin from their K cells. Furthermore when the transgenic mice were treated with Streptozotocin a beta-cell toxin they did not develop diabetes in contrast to control mice. On the basis of this research the Canadian company enGene are currently developing methods to target human K cells for type I diabetes therapy.

Gastric G cells, exocrine pancreas and L cells have also been targeted. Thus, there are many options awaiting clinical trials. However a major obstacle to all of the approaches mentioned is the original autoimmune disease of the patient that caused the destruction of the beta-cells in the first place. Fortunately progress has been made in understanding the underlying immune response that triggers type I diabetes however much work is needed to determine an approach that would suppress the autoimmune response in diabetic patients.

Immunomodulating agents such as Teplizumab will be an important component of this approach, but more agents are needed. A very interesting observation and one that could potentially be used to protect novel reprogrammed beta-cells is that the adenovirus E3 gene cassette can protect beta-cells from destruction in a mouse model of diabetes. Thinking along similar lines, one of the hallmarks of cancer is the ability to evade the immune system, so perhaps engineered cell therapies could “borrow” some of these mechanisms. Cells used in therapy are engineered to have limited proliferative capacity, which limits potential risks.

Looking into the future of type I diabetes treatments, one of the most exciting and promising aspects is how so many different disciplines can come together to solve the problem of the underlying autoimmune disease. It will likely require solutions borrowed from engineering, oncology, virology, immunology, as well as cell & gene therapy, all under the umbrella of regenerative medicine.

And of course, further clinical trials for type I diabetes performed by the medical professions are required to determine which of these promising experimental treatments is the best option for this autoimmune disease known as T1D.