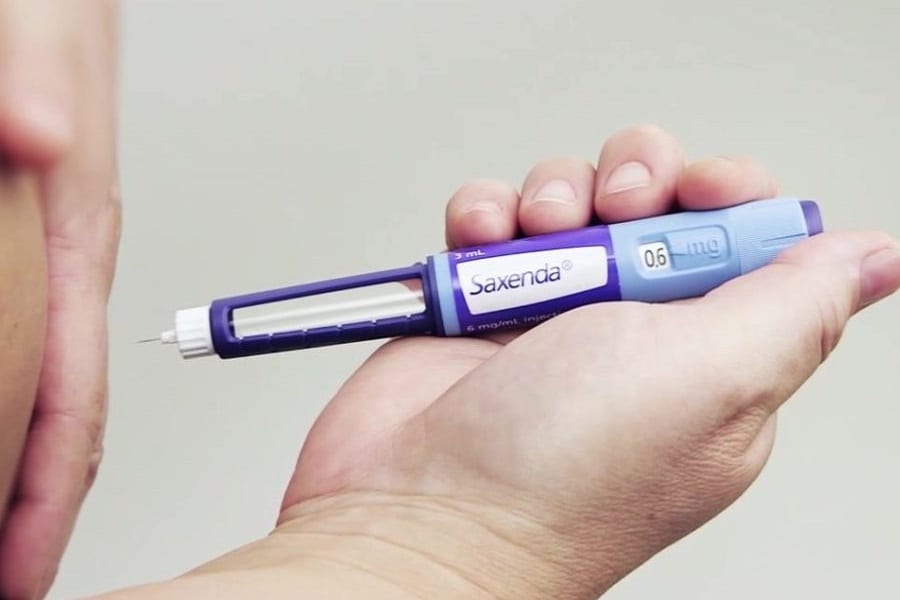 Saxenda is the new blockbuster weight loss drug on the market available by prescription through US and Canadian pharmacies.

It is developed by Novo Nordisk Inc, which is a Danish pharmaceutical company that has been around for a very long long time.

For patients with a Body Mass Index (BMI) greater than 30 or BMI of 27 with at least one pre-existing condition such as high blood pressure or diabetes.

According one study where participants were put on a low calorie diet with increased physical activity, participants using Saxenda lost 3 times more weight than those who did not.

It is taken as an injection much like insulin medication once per day unlike other weight loss drugs which are taken orally. It mimics a natural hormone produced in the body that is released when eating, it causes satiety and reduced hunger.

Saxenda was discovered as a side effect from Victoza, a drug used to treat diabetes. The hormone-mimicking drug called Liraglutide was the weight loss causing side effect. Saxenda basically is double the dose of Victoza. Eventually it was approved by the FDA in 2014.

As with any medication, Saxenda has side effects. However, these are not consistent with all users, they are typically gastrointestinal in nature.

Other side effects found include diarrhea and nausea. More serious side effects, however rare, were thyroid tumors and pancreatitis. For those who have a history of thyroid cancer should not take Saxenda.

One of the main benefits of Saxenda is that it can be used long term in treating patients with severe obesity.

The cost of taken this “blockbuster” weight loss drug is roughly $1000/month in the United States. Through BuyCanadianInsulin.com which is an online pharmacy that sells insulin and other diabetes medications online, you can buy Saxenda for only $500 which ships orders directly to the US form Canada.