How Does Obesity Cause Type 2 Diabetes? 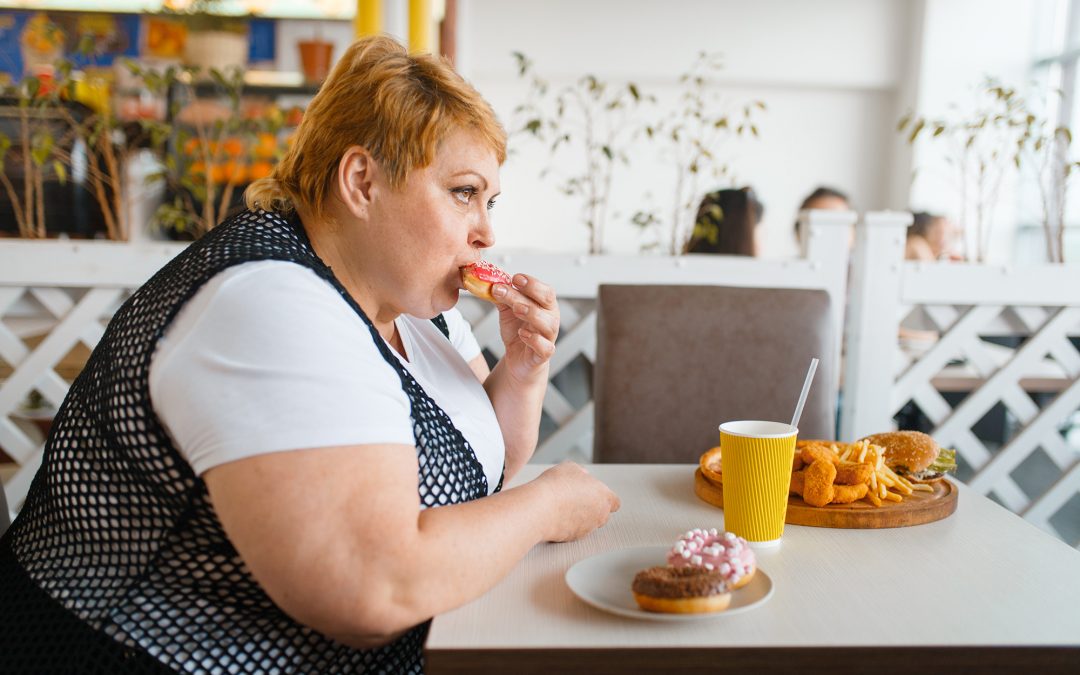 A few decades ago researchers believed there might be a possible link between obesity and diabetes. No one knew why the connection occurred.

By 2011, doctors were convinced the connection was real. They started breaking the news to their patients – obesity is the leading risk factor for Type 2 diabetes. Public health campaigns reinforced the doctors’ warnings – but to no avail.

Now, the obesity rate of adults in the U.S. has surpassed anyone’s predictions, registering a whopping 39% and amounting to about 93 million people, according to the Journal of the American Medical Association

Here are some additional statistics that are a little alarming:

It’s not just diabetes that they end up having as a health problem. Diabetes brings with it several “cousins” of diseases – heart disease, vision loss, cataracts, kidney disease, peripheral neuropathy where you lose feeling in your legs and feet when you walk, poor wound healing, infections, gum and teeth problems, high cholesterol, and high blood pressure.

.Because of all this, diabetes has to be looked at as only the beginning of a serious health decline in a person’s life.

Why Obesity is Related to Diabetes

How obesity opens the door to diabetes has been determined somewhat by researchers although the complete picture still needs all the puzzle parts put together.

What we do know right now is:

As the length of time increases that someone is obese, there are other changes happening in the body. One of them is the impairment of cells in the pancreas to pump out their insulin. Damage to these cells can happen from infectious agents or environmental toxins as well, and most likely is happening simultaneously as the person gains more weight and stays obese.

Once the beta islet cells are impaired, there is an increase in insulin resistance.

This is where the insulin that is created in the body doesn’t have the capacity to do its job and enter the cells. The cells are thus said to be insulin resistant because they cannot let the insulin in to do its normal job and utilize the sugar in the blood.

This means that blood sugar levels stay high, which leads to a diagnosis of diabetes.

The greater the weight gain, the greater the needs for insulin. Thus, the extra 10 pounds gained at holidays put greater demands on the pancreas. And if those demands can’t be met, the whole cycle perpetuates itself:

The added fat gain in the body also contributes to insulin resistance.

And the added deposits of fat around the organs are not just simple ‘blobs’ of fat that do nothing.

Fat can trigger immune responses, and if the immune system becomes overactive and targets the pancreas, that will result in an autoimmune disorder. This leads to the body attacking its own pancreas cells and killing them off. The pancreas becomes even more impaired and the cycle from impaired beta cells to weight gain is now exaggerated.

Clearly, the solution is to do what it takes to lose weight. If body weight goes down to normal, blood sugar, pancreatic function, and immunity follow. They will become normal, too. But it won’t happen overnight. It’s a process.

What are the Approaches to Reduce Obesity?

In the last decade, health professionals have realized that comprehensive lifestyle modification programs are needed to make long-lasting changes in someone’s weight.

In one large scale study called the Diabetes Prevention Program, more than 3200 participants with impaired glucose tolerance were assigned to receive a placebo, take metformin, or make lifestyle changes. Those who made lifestyle changes ate a reduced calorie diet anywhere from 1200 to 2000 calories depending on their initial weight and had to exercise for a total of 150 minutes per week.

You might think all these changes must have made a big difference. However, after almost 3 years, those in the lifestyle intervention group only lost 12.3 pounds. And yes, these results were greater than the 4.6 pound loss in those on metformin and only 0.22 pound loss in the placebo group. But for many people, losing 12.3 pounds won’t be enough to lower their BMI to less than 30.

Low glycemic load diets have a better effect on blood sugar, and thus are better for those who already have diabetes. In these diets, foods are selected for how they will help keep the blood sugar levels in the normal range in the body. If a carbohydrate food raises blood sugar too high, it is eliminated or only a few bites are eaten.

When low glycemic load diets were compared to other types of dietary interventions, they resulted in a weight loss of 7.8%. That’s about 11.7 pounds lost for a 150-lb person. See the chart below for the results from some of the other types of diets.

Those on meal replacement shakes had the greatest impact on obesity. However, the problem is that you can’t eat meal replacements forever when you’re around family members and have to socialize. The low glycemic index diet was found to be perhaps the most sustainable diet.

A New Approach to Reducing Obesity to Lower Diabetes Risk

In the last decade, clinical studies have been done on a type of medication called GLP-1 RAs, which stands for glucagon-like peptide-1 receptor agonists. These drugs have demonstrated an ability to facilitate weight loss while lowering Hemoglobin A1c levels, restoring beta cell function, and preventing hypoglycemia ‘attacks’. Depending on the type of GLP-1 RA, there may even be benefits for improving heart disease parameters.

GLP-1 RA mediations stimulate the release of insulin and inhibit glucagon secretion. Glucagon is a hormone that works against insulin. The medications also slow down emptying of the stomach and make you feel full after eating a meal. They are used for those with Type 2 diabetes.

Some of the names of these medications are aglutide (Saxenda), Semaglutide (Ozempic®), and diglututide (Trulicity).

Some Positive Results for the GLP-1 RA Medications

GLP-1 RA medications are usually given via an injection pen for subcutaneous (below the skin) doses. Most are taken once a week with lower starting doses.

These medications have been used to improve blood sugar control. Semaglutides may be used when metformin can’t be taken. It may also be used when a patient is using metformin alone of metformin with a sulfonylurea or basal insulin.

Studies of Ozempic® patients starting out with A1c levels at 8.1% have reported a decrease to less than 7% one year later. These results were seen in 73% of those taking 1 mg Ozempic® and 66% of those taking 0.5 mg doses.

Patients on Trulicity for 9 months had about the same results. Using the medication along with diet and exercise, the patients maintained a reduction of HbA1c levels of 0.7-1.6% for the 0.75 mg and 1.5 mg dosages. Greater reductions of 1.5-1.8% were found for higher doses of 1.5 mg and 4.5 mg.

Weight Loss Results for the Medications

Below is a weight loss comparison table of a few different GLP-1 RA medications:

Side Effects and Contraindications of the GLP-1 RA Medications

It’s always good to know the side effects as well.

If you have obesity and diabetes, taking some action is paramount to extending your lifespan. A diet that works for your body type, exercise, other lifestyle modifications, and sometimes medications that interfere with the disease progression may be necessary.

In the upcoming year, make every attempt with your doctor to ‘figure it out’ for your body. There are answers out there and all you have to do is experiment and find what works for you.